Long time I hadn't hacked on DBus-Explorer but as a exam stress killer I brought together all the piece I had already randomly coded. This resulted in a number of appreciable improvements that were long overdue like : 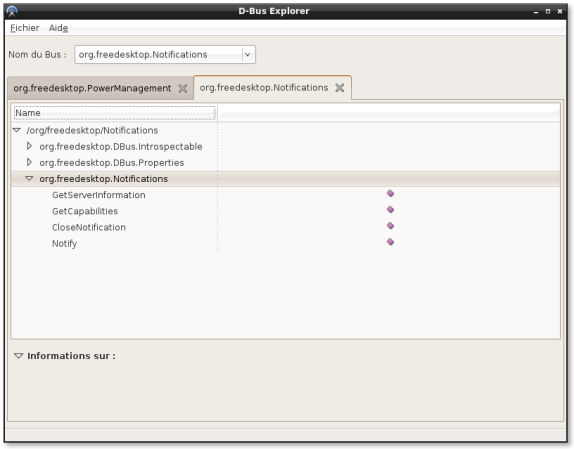 Good if you get lost like me with multiple DBus-Explorer windows (Ctrl+T to open and tab button to close, who say Firefox ?). 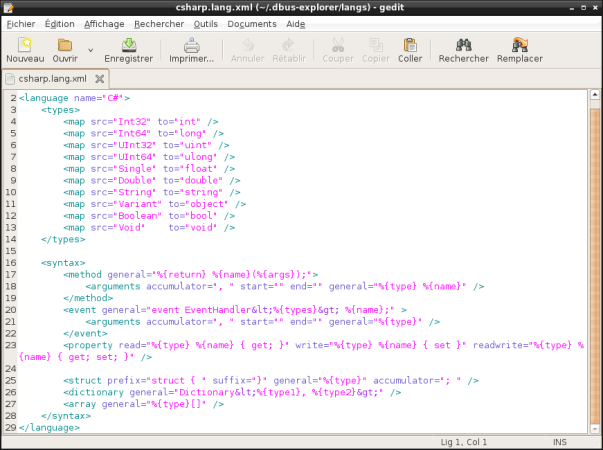 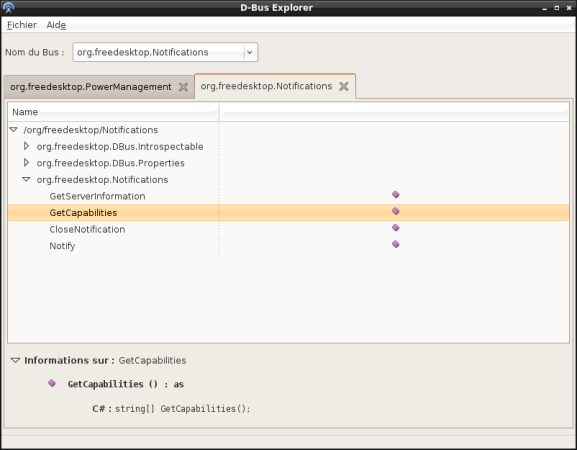 Just write a definition file like the one in the screenshot and drop it in ~/.dbus-explorer/langs, "possible" because I was too lazy to write another language than C# :P . 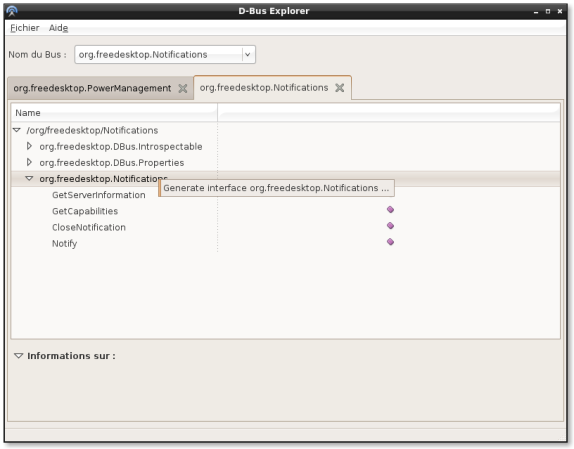 For use with library like Managed D-Bus, yay \o/ .

There has also been work on the UI and other bugfixes but nothing major. All in one I think DBus-Explorer kept its KISS nature together with the few extra features it was missing. Now I just need to add dialogs for managing language definitions and stub generators in a friendly way.

Hot stuff to be grabbed on git at the usual place.