This weekend I played with the Microsoft ParallelFx CTP's samples, adapting and running them on current Mono ParallelFx implementation. I'm going to show you two of them and the results. I used the same computer than previously for running the samples. 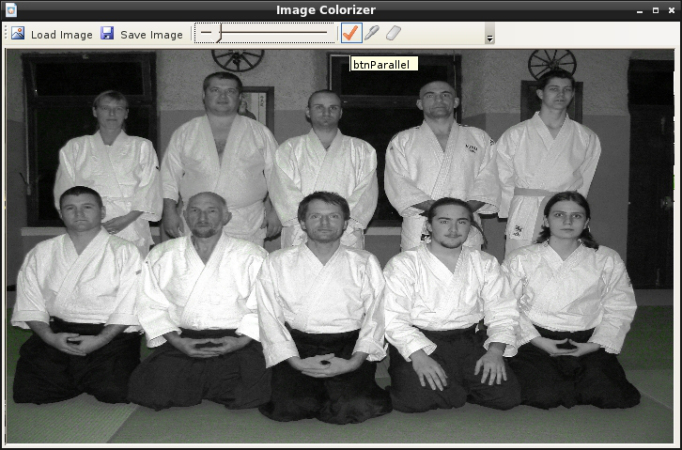 As can be seen on the two following cpu graphs, the parallel version take advantages of both core in my CPU :

The second sample is a benchmark program containing a bunch of test. Each test uses one of the available API in ParallelFx. For the run, I enabled the 3 following benchmarks :

Each of these tests were run 7 times by the program and the time given back was the average of each run with the two extreme values being removed. Following are the results with, in parentheses, the ParallelFx API used by the test.

So we can see that ParallelFx always provide a boost but that the overall improvement seems to depend on the component used and how it is used. It would be interesting to compare these results with the ones yielded by Microsoft implementation and by the Mono implementation but running on .NET. I will probably do that at the end of GSoC as a conclusion of the work put during the summer ;) .

In addition these samples showed some bugs. Indeed, I had to disable two tests in the benchmark sample because one of them returned different results between parallel/non-parallel version and the other was causing a stack overflow in Mono runtime (I still need to find out if it's Mono fault or mine).