PDC is over. Lot of exciting stuff coming down the pipe for .NET and parallel programming. However, no C#4 announcement for parallelism support (Anders mentioned it in the intro of his keynote but no showcasing).

In other news, ParallelFx is now available directly in .NET 4 CTP (sucks that it's only available in this virtual machine format thing). This new release brings a number of change which will be implemented in Mono when I have more free time (and a somehow formal API documentation). So far I haven't see any breaking modifications except some API renaming, additional state exposure or adapting some of the stuff I had already coded in advance ;-) .

An interesting discovery with the DSS and CCR framework (next SoC maybe ? :-) ). Enjoyed Miguel keynote too. 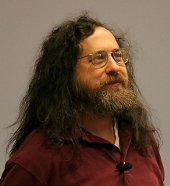 I'm organizing with others a free software conference with Richard Stallman at school. Lot of stuff to work on. Btw it's open to everybody (though mostly interesting for people located east of France), check out this page[fr] for more for informations.

Also doing some server management and setup for a school event. Things got hard when we tried to get LTSP to work with exotic thin clients (IBM NetVista boxes) but now it's all ready.

It's also school project time with a C BigInteger manipulation library and a C# Scheme interpreter (nicknamed Béchamel) to code.

Finally, exams are near the corner again. Not too much of them this time but I better not screw them :-P .