Since I settled in Boston, I have been using the fantastic Hubway bike sharing system to go to work and around the city.

My only gripe so far has been the official Android app that gives you information about the various stations which striked me as one of those bad web app that shouldn’t be on my phone.

So I basically scratched my itch and wrote Moyeu, a Xamarin.Android application which essentially give access to the same information than the official app albeit in a better native package. 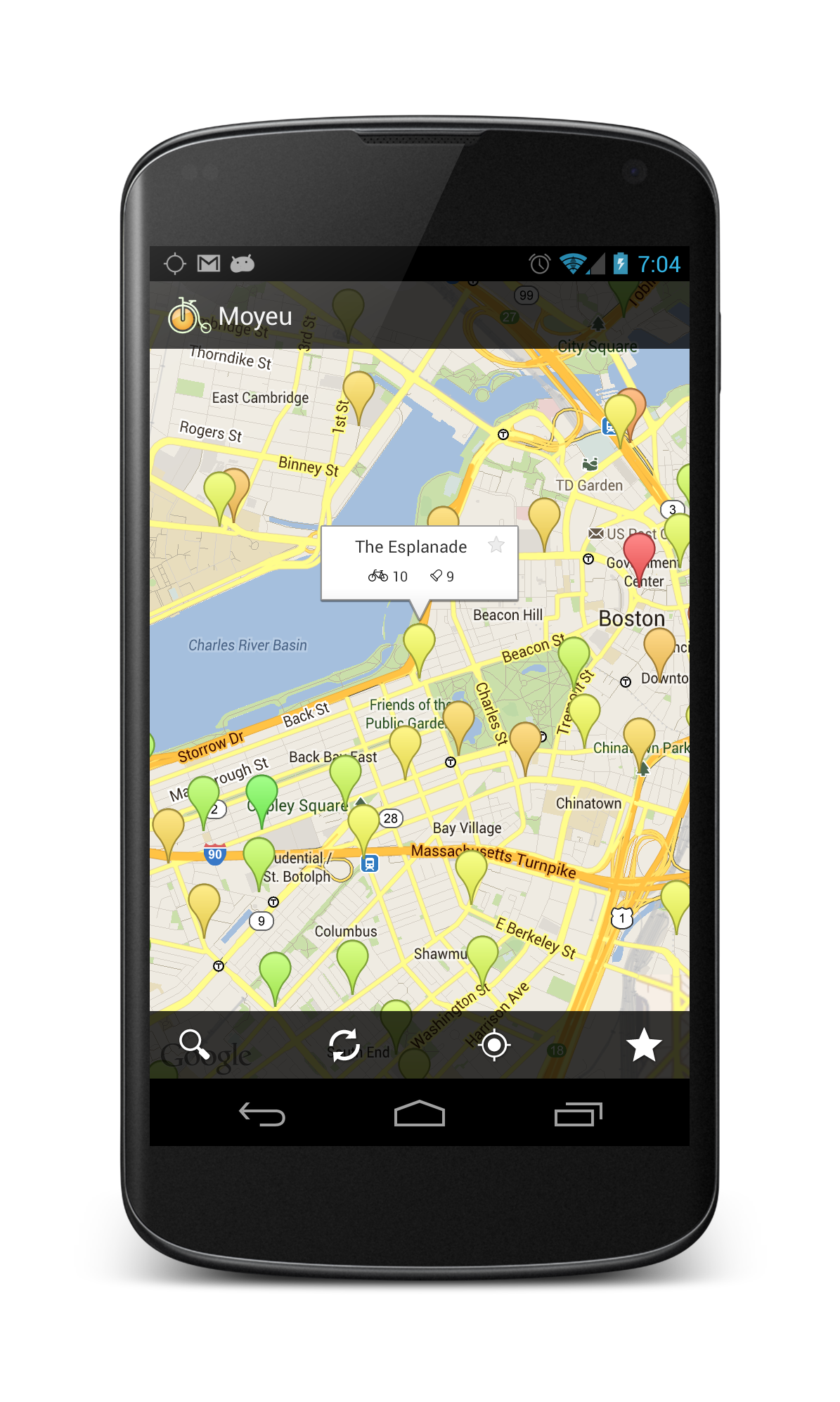 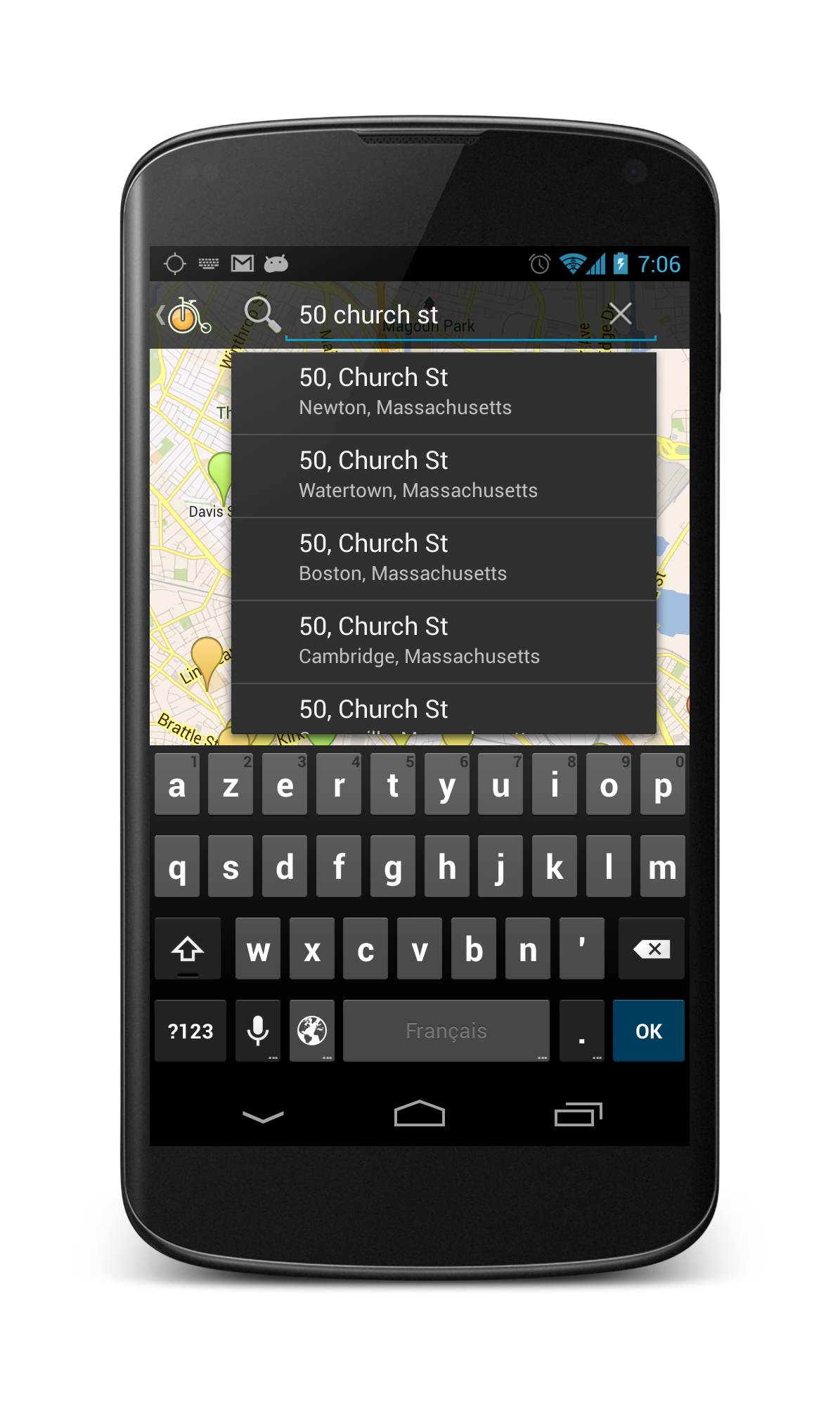 At the core, it’s based around the much better Google Maps v2 API to display the location and bike availability of each Hubway’s station.

It allows you to search for locations, open any station in Google Maps (e.g. to search for bicycle directions) and also add favorite stations for quick access.

The data is coming directly from Hubway and is thus as accurate as the official application.

The code is hosted at GitHub under the under the Apache 2.0 Licence. As usual, feel free to reuse what you want.

You can also download the app directly from the Play store if you want to give it a test-drive.